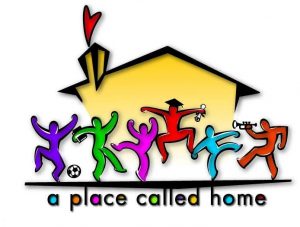 Below is the transcript of the speech given by our Grand Worthy Advisor, Heidi, introducing our new Grand Service Project, A Place Called Home (www.apch.org), at the at the First Official Visit in 2016.

Have you ever felt like no one sees you, that you always just blend in with the crowd?  That is exactly how Giovanni felt.  Growing up in a neighborhood with violence and drugs, Giovanni never felt seen, in fact, he could never envision a life for himself past his teenage years either.  Giovanni also struggled in school. He was always getting in fights, being suspended, and had the possibility of becoming expelled.  Giovanni and his two siblings were raised by their mother.  In order to pay the bills and care for her children, his mother worked two jobs and a graveyard shift.  In order to cope with his hardships at school and at home Giovanni ate to feel better.  As with anything we do to excess Giovanni’s eating lead his weight to eventually become over 300 pounds. That is when doctors told him and his mother that his life could potentially be in danger. Now, in addition to feeling like he was not seen he became hopeless for his future.  One day a friend of his mother told her about an organization named A Place Called Home.  When Giovanni and his mother first walked through the doors of A Place Called Home he could feel the love and acceptance he had been looking for.  Giovanni finally felt like he was being seen instead of just watched. He could finally begin to envision a life for himself past his teenage years.  A Place Called Home gave Giovanni the opportunity to see that the world was so much bigger than the one he felt trapped in.  A Place Called Home helped that little boy, that felt like he was just part of the crowd and couldn’t even envision a life for himself past his teenage years, eventually graduate from college with a Bachelor’s degree and determined on giving back to his community.

I am very excited to announce A Place Called Home as our 2017 Grand Service Project.  APCH is a dynamic nonprofit youth center for children ages 8-21 that has a primary goal of helping their members stay in school, move onto higher education, and become community leaders.  The impact and power of the work they do can be seen in the mission statement of their organization: "A Place Called Home is a safe haven in South Central Los Angeles where underserved youth are empowered to take ownership of the quality and direction of their lives through programs in education, arts, and well-being and are inspired to make a meaningful difference in their community and world.”   As California Rainbow partners with A Place Called Home we are given the opportunity to impact the children they serve and empower them to reach their full potential in life.  It is an opportunity to help them realize that they can achieve their goals in life through perseverance and education.

Education is something that impacts our lives daily, and some children do not have the opportunity to access the tools that lead to a good education.  There is a way for us to impact this through something as simple as a book drive.  I would like each assembly to take on the challenge of holding a book drive that will support a local program in your community.  Your assembly might choose to donate to a library, school, or a reading center.  All that matters is that you are making an impact on your community.  Each book opens up a new world to the reader; it allows them to see the possibilities they have.  By holding a book drive you will be giving the members in your community a chance to enter a new world and explore their possibilities.  After holding your book drive I challenge each assembly to spread the word about how successful their book drive was and how many books they were able to donate by posting it on social media, having a POG reporter write an article on it, or even submitting it to a local newspaper.  By reporting how many books you donate, at Grand Assembly we will not only be able to announce the total raised for A Place Called Home, but also the total amount of books we were able to donate back to our own communities.  Book drives can also open your eyes to more service projects.  Maybe you have a reading center you can volunteer at?  Or maybe you can go read stories at your library?  There are many activities that you can participate in that will help improve the education of the children in your community.  Education is the key to reaching the full potential of our dreams and I cannot wait to see the impact California Rainbow will have on helping people reach their dreams. Thank you.