Go check out our IORG Spirit Gear and represent wherever you go! 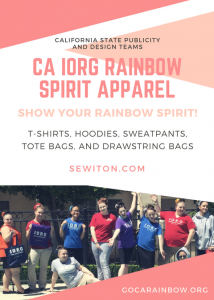 The California Rainbow Public Relations Team is looking for girls to serve on our team for the 2017-18 year. The purpose of the team is to get the attention of the community, and to tell them who we are. We are looking for girls who are excited to learn more and develop marketing and social media skills. We are very excited to continue to have active members of assemblies as members of our team. We will be announcing the new members of the Public Relations Team at the First OV. The application deadline is April 23rd, 2017. For any questions please email CaRainbowGirls@Gmail.com 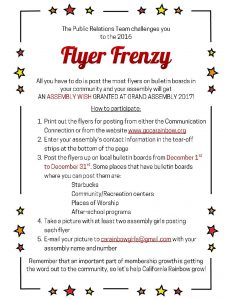 Download a file with both the instruction sheet and the fillable Flyer Frenzy Flyer by clicking on this image!

The Flyer Frenzy challenge starts today!!! Has your assembly made their plans to go out and put up flyers? The winning assembly wins an assembly wish at Grand Assembly! Click on the image to download the both the instructions and Flyer Frenzy flyer!

NORWALK, CALIFORNIA – When 40 girls + adults get together you expect a lot of laughter and talking, but on Saturday, August 20th, there was also a lot of creating happening. California Rainbow worked together to make pillowcases for the Children’s Hospital of Orange County, CHOC. The pillowcases are used when children have MRIs. The bright colors make the imagine appear clearer. This allows them to give better and more accurate diagnosis to thei 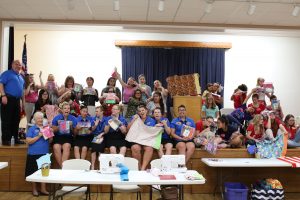 r patients. Not only does it give them a better picture but it also allows the kids feel more comfortable while getting tests done. Within just two hours the girls of California Rainbow were able to make a stunning amount of 40 pillowcases and 50 cheerful cards for the patien 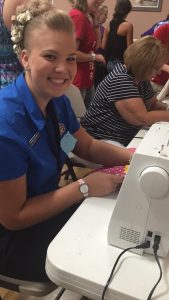 What would a Rainbow event be without some ice-cream? Saturday was no different because the local SoCal Helpful Honda People came and surprised us with free ice cream! In some ways we were twinning with them with Random Acts of Helpfulness! “It’s not a dream. FREE Ice Cream!”

The next morning some local rainbow girls and a few Grand Officers, including our Grand Worthy Advisor Heidi, went to CHOC to deliver the pillowcases and notes. You can say that the kids at CHOC, will be sleeping soundly with the pillowcases that the members of California Rainbow sewed.

The International Order of the Rainbow for Girls is a non-profit service organization for girls ages 11 to 20 that teaches girls to be leaders by building confidence and public speaking skills in a safe and fun environment. It teaches girls to help others with service to create a better community. California Rainbow encourages and inspires youth to come together to make a difference–like how its members joined forces to provide 40 pillowcases for the patients of CHOC. Just think, changing others’ lives can be as simple as making a MRI more comfortable for patients. This is one of many service projects that local and state Rainbow Girls get together to do.

Durham >> Heidi Johnson, a 2016 graduate of Durham High School, was appointed to serve as grand worthy advisor of the California jurisdiction, International Order of the Rainbow for Girls. The appointment came while she was attending Grand Assembly, the organization’s annual state convention in Fresno. 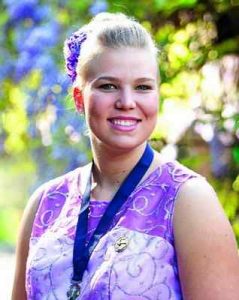 Johnson, 18, has been an active member of Rainbow for the past five years. As grand worthy advisor, she will travel throughout the state and visit with each assembly. She will also represent California Rainbow at neighboring jurisdictions of Nevada and Washington/Idaho.

Johnson is the daughter of Greg and Lisa Johnson of Durham. She plans to attend St. Mary’s College in Moraga in the fall of 2017.

This summer, she is traveling to Rhode Island to attend the Supreme Assembly, the biennial international convention of Rainbow.

Heidi has researched and chosen a state-wide service project, “A Place Called Home,” a nonprofit organization in Los Angeles with the focus of education for inner-city youth. She will promote this endeavor during her travels. Members of California Rainbow will work to raise funds for A Place Called Home all year. She will also help plan the next California Grand Assembly, where she will preside in April 2017 and where the proceeds will be announced and presented to A Place Called Home.

Johnson is a member of Chico-Paradise Assembly, which has participated in Relay for Life, helps with the Paradise Simple Gesture food collection program, and volunteers with various nonprofit groups and organizations.

For more about Rainbow, visit www.gorainbow.org.

LOS ANGELES, CALIFORNIA – You could say that backpacks were stacked and overflowing in car trunks across the state. California International Order of the Rainbow for Girls (CA IORG) collected a total of 891 backpacks for A Place Called Home (APCH), an organization located in South Central Los Angeles dedicated to aiding underserved youth by giving them direction in education, arts, and overall well-being. Within less than a month, girls and adults throughout the state collected more backpacks than they could have dreamed of – 891 backpacks! A Place Called Home had only asked the International Order of the Rainbow for Girls to collect 500 backpacks, being satisfied with whatever 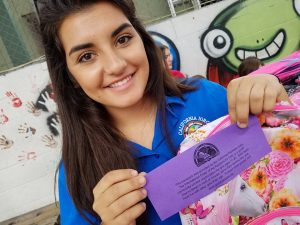 amount of backpacks would come their way. But when the members, alumni, and supporters throughout California came together, they not only accomplished a phenomenal goal, they greatly exceeded it!

APCH helps youth take ownership of their lives and guides them in the right direction. One of their main focuses is helping their members stay in school and pursue a higher education and career. Backpacks are a fundamental necessity on every child’s back to school list and this backpack drive allows APCH to help its members have a fresh start at the beginning of the school year. CA IORG was excited to assist in this drive because it would help many children to achieve their full potential in school by helping them feel confident. Backpacks are one of the many ways that kids express themselves and when they have a new backpack, it gives them a boost of confidence that they otherwis 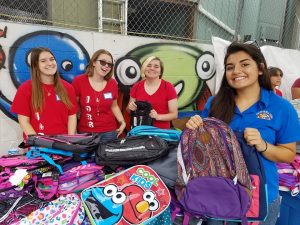 e wouldn’t have. This is just a small way of helping kids feel excited about school and learning and CA IORG is honored to be a part of it.

The International Order of the Rainbow for Girls is a non-profit service organization for girls ages 11 to 20 that teaches girls to be leaders by building confidence and public speaking skills in a safe and fun environment. It teaches girls
to help others with service to create a better community. Each year, CA IORG’s Grand Worthy Advisor, or statewide president, chooses an organization to be the state’s Grand Service Project. This year, Grand Worthy Advisor Heidi Johnson has chosen A Place Called Home to be California Rainbow’s statewide service project. Throughout the year, assemblies throughout the state will collect money that will be donated to APCH in spring 2017. But the service for APCH doesn’t stop at donations like the backpack drive; CA IORG has found ways to support APCH on multiple levels, which is what the organiza 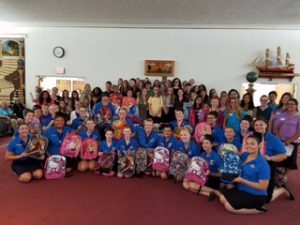 tion is about: giving back to your community and serving others.

Welcome to the Press Room for California Rainbow.

Need to add more text here.  This is only a placeholder. 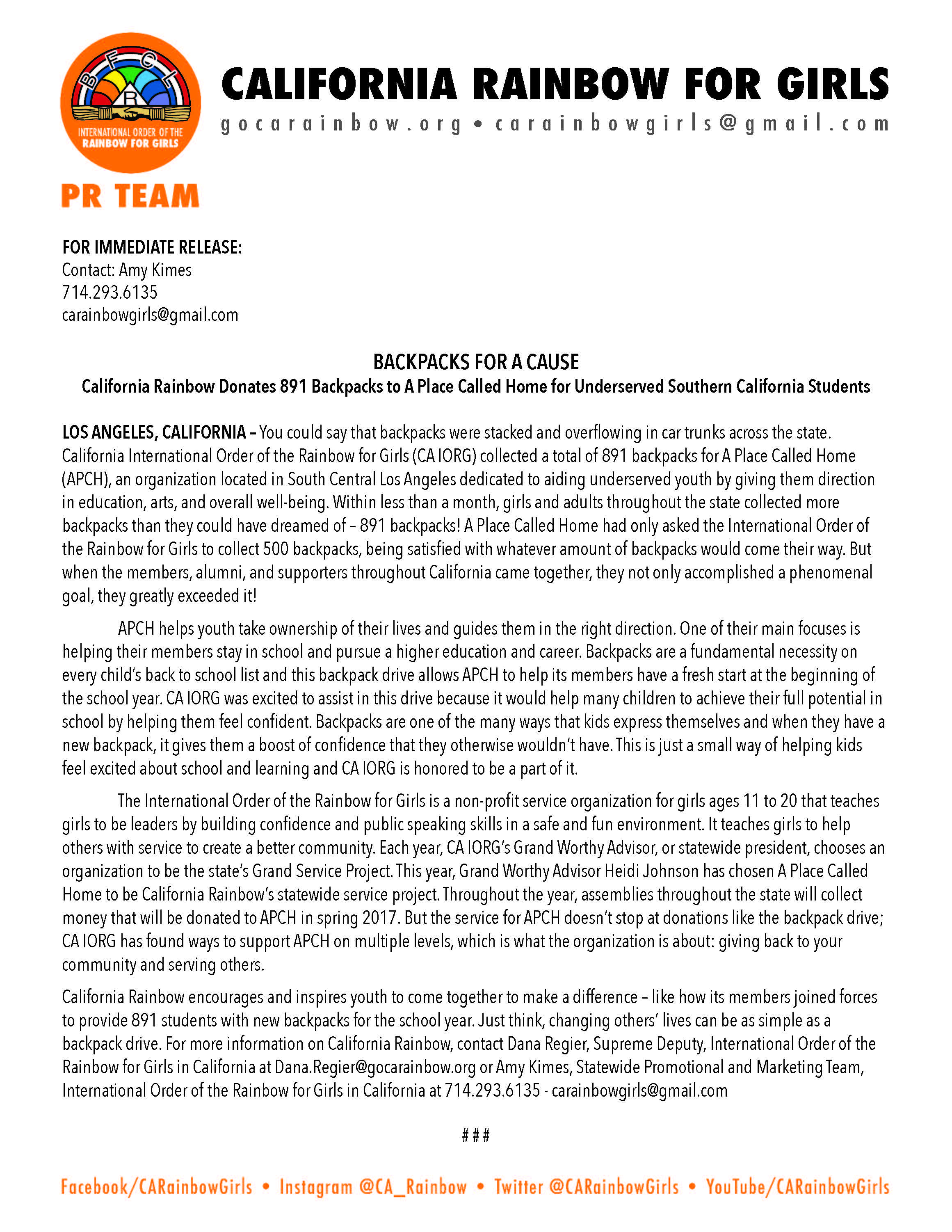 Download a PDF Copy of this Press Release Here 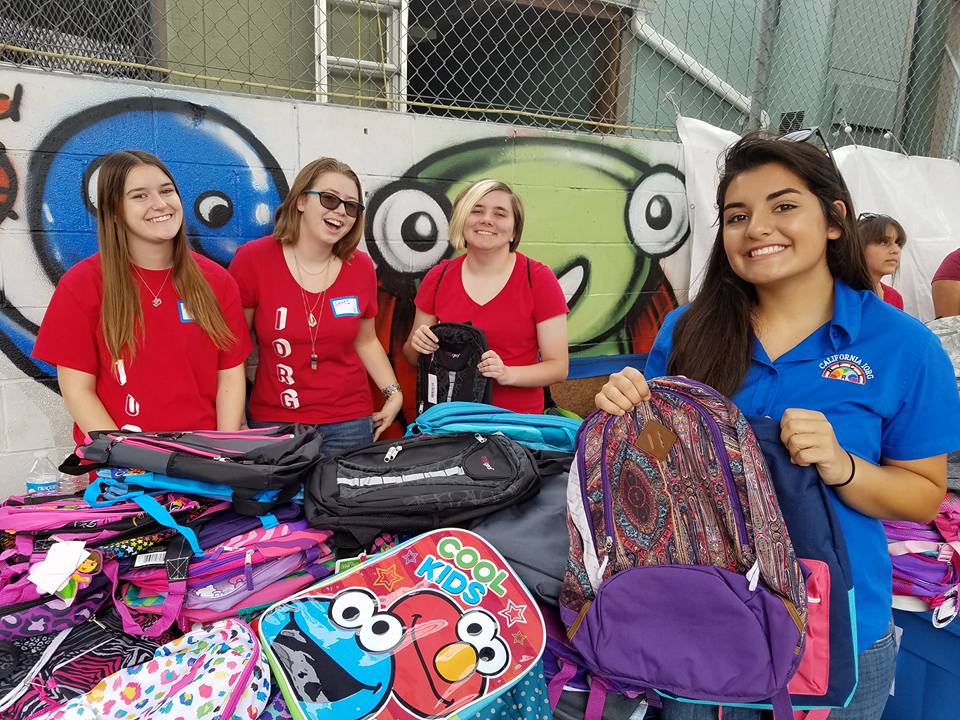 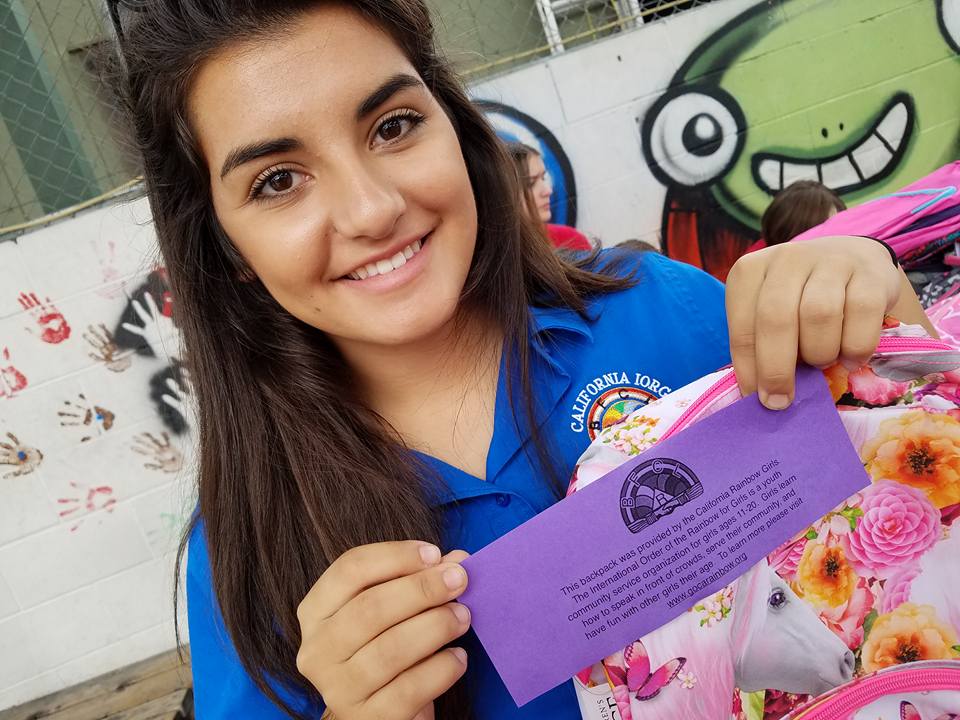 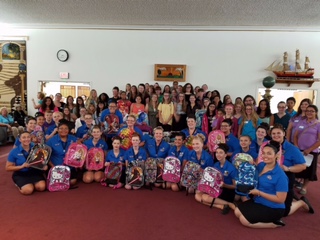 The Public Relations Team is looking for active girls and adults to join our team! Our team has recently been reformatted to focus on 5 different sub-teams:  Photography/Video, Social Media, State-wide publicity, Assembly Resources and the Website committee.  Together we hope to get the word out to the public about California Rainbow Girls and YOU can help!

Girls – Please fill out the following online application by May 21st:   https://www.esurveycreator.com/s/4990bf6 . We will be announcing the new members at the 1st OV! Girl members of the PR Team will serve on the team for one year and work closely with adult team members throughout the year on monthly conference calls, at the PR Retreat and other opportunities, where they will both learn about publicity and help California Rainbow with their ideas!

Adults – If you have experience in any area of Publicity and are willing to serve on on the team, including a monthly conference call, please fill out the following interest form:
https://www.esurveycreator.com/s/600c2fe

For any questions about team responsibilities please email CARainbowGirls@gmail.com

We hope that you received the Publicity Challenge at Grand Assembly and are already working on it! If you did not pick up your copy at the PR Booth, please download it by clicking here. Be sure to check out our Social Media channels each month where we will highlight the focus of each month’s challenge and give you some tips!

Did you (or a representative) attend the PR Team meeting Saturday morning at Grand Assembly? We need your promo videos you filmed! Please make sure to email them to CARainbowGirls@yahoo.com so we can edit them into one great video!

Thank you,
The PR Team